Brad Clayton is a PGA of America Master Professional in Teaching, with over 34 years of teaching experience. A seasoned professional who has dedicated his life to improving his golf skills and those of his students.

Brad takes the results his students achieve personally, feeling their highs and lows, and has a genuine interest in their success. His approach to improving his students’ golf scores is basic yet effective. He teaches Learning Programs that are administered over time, so students are not overwhelmed with too much information in any one lesson and have the opportunity to apply the adjustments being made over time so they “stick”.  It’s all about putting the pieces of the puzzle together and migrating to a more efficient swing and game through his proven method.

In May of 2000, Brad lost his right hand in an auger accident building his teaching center.  An event he calls the best thing that has ever happened to him behind the birth of his two children Nickolas and Winona….It may have also helped him know a little more about adapting the basic fundamentals of the game to fit the needs of his students. He stresses how a positive outlook can improve not only your golf game, but life, and the importance of having fun, even when things are not going your way…..The mind is an extremely powerful tool when used positively….

Brad Clayton is classified as a PGA of America Master Professional in Teaching. With over thirty-four years of teaching experience, he has instructed in Germany, Austria, Florida, South Carolina, North Carolina, and Virginia. 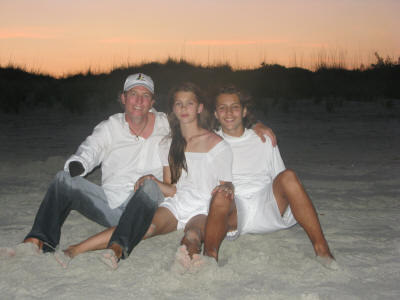 His playing career led him to compete with moderate success throughout the United States, Europe, and in Canada. After the birth of his first child, Nickolas, and later his second, Winona, he decided that being with his family outweighed struggling to make a check not being sure what the future held and playing golf on the road. So, he decided to dedicate his time to his family, helping others improve their golf games, and to the pursuit of becoming the most efficient teacher he could become.

Throughout Brad’s career, he has had the great fortune of learning directly from some of the games great golf professionals: Al Nelson, Naples Florida; Wimpy Caldwell, deceased; Ed Ibarguen, Durham, North Carolina; Volker Knornsheld, Tegernsee, Germany; David Leadbetter, Orlando Florida; Bill Lytton, retired, North Carolina; Bill Strausbaugh, deceased, and Dick Tiddy, deceased. There have been many others, professional and amateur alike, who have influenced him throughout the years. To name them all would almost be impossible, but he is forever grateful for the time with each person.

Brad has four components he goes by to help students become the best they can be. They are: swing mechanics, the mental side of the game {including course management}, physical abilities and limitations, and the equipment used. When any of the four components is lacking, a person cannot reach his/her optimal performance level.

Brads’ swing model and philosophy revolve around the simplicity of basic fundamentals and adapting them to each individual student’s physical abilities and mental desires. Learning to efficiently and consistently set up to the ball, understanding how the word balance applies in many ways to a golf swing and the game, understanding cause and effect, and understanding why the ball does what it does are the basis of Brads’ model and philosophy. Hitting solid, straight, and long golf shots is not as difficult as most people make it. He says, “Once a person understands a few simple ideas they are amazed at what they are capable of.”

Hence two of his favorite quotes: